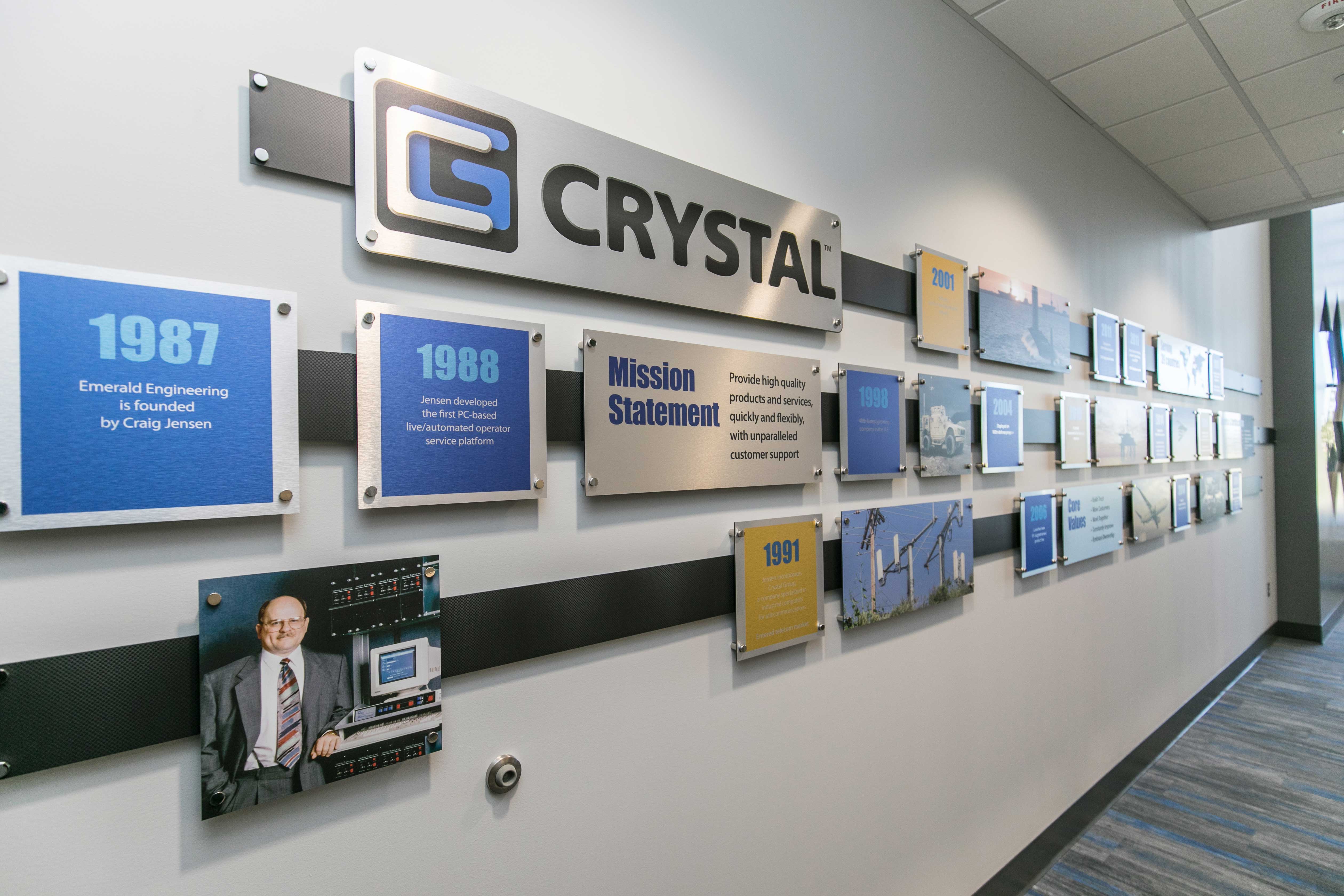 Over the years, Crystal Group has evolved into a server and system manufacturer, a systems integrator, and custom design and manufacturing service provider serving both the industrial and aerospace/military markets in 39 countries.

Dexter Apache Holdings, Inc., is owned 100 percent by its employees through an ESOP.

"All the folks at Crystal Group who played a role in delivering an Intel server to us, showed an exceptional amount of creativity and teamwork."

"Crystal stepped up and delivered us several rugged servers when we were in a time crunch as another supplier was not making deliveries on time. Crystal has continually accommodated our last-minute purchase requests and has VERY good customer service."

"Of the many vendors I work with Crystal always makes it easy for me to meet my requirements. A company that thinks outside the box!"

"Crystal Group customer service has always been outstanding... keep up the good work!"

"Crystal Group makes an exceptional product (s). They are very responsive to the needs of their customers."

"We build systems that run in the most rugged of environments and require the latest hardware. Crystal is the only place to come when you need both."

"The Crystal team has provided outstanding service to my team at Lockheed Martin. I'm extremely impressed with your prompt customer service. Crystal strives to achieve common goal of providing excellent customer service and quality products to the end user."

"Great service, support and you delivered what you promised on time. Your servers have not given us any problems, and we have had them for over two years now."

"I have been very impressed with Crystal's customer support."

"Crystal Group has worked with our subcontracts department to remove cost from the products we purchase, as well as making sure the quality is exactly what we want."

"The service I receive is fantastic. We are always asking for rushed quotes and expediting orders and Crystal Group always comes through for us. I am completely satisfied with Crystal Group so keep up the good work!"

"We like the personal responsibility people take. It's refreshing."

"Customer service is excellent, like the feed-back-loops built into the service."

"Props to Crystal Group for making me a happy customer!"

~ James Triplett
We use cookies to make our website easier and more meaningful for you. Your information will not be shared.
Continuing to use this site gives your permission to use cookies. View our Privacy Policy.x