New, high-tech equipment is projected to enhance and expand warfighter capabilities, and help hyper-enabled operators be as effective as possible in achieving their missions. Sanders and other SOCOM officials are anxious to empower the hyper-enabled force with advanced technologies and capabilities quickly. Equipment that takes advantage of commercial off-the-shelf (COTS) technologies are their best bet for being fielded fast, Sanders recognizes, and could be in the hands of deployed operators in as little as six months. Commercial technology alone isn’t enough, however.

Special Operations Forces operate all around the world, performing critical missions in virtually every environment imaginable. Special Operations Forces numbering nearly 70,000 deployed to 149 countries in 2017 alone. Traditional, commercially available computers and servers are designed to operate in protected, temperature- and humidity-controlled, stationary enterprise environments, such as offices or data centers – and can be expected to malfunction or fail when deployed in the field.

The equipment upon which operators rely and mission successes depend should be as capable, hardworking, dependable, and resilient – or rugged – as the warfighters themselves. They need robust electronics systems built from the ground up to be rugged, responsive, and reliable in even the most challenging missions and severe environments.

Armed with decades of experience, Crystal Group engineers specialize in designing high-performance, rugged electronics hardware to meet the needs of the Armed Forces and the demands of the increasingly digital battlefield. Deployed on more than 500 military programs to date, Crystal Group hardware is built from the ground up to be robust, rugged, and reliable using proven, field-tested technologies, established industry standards, and lessons learned in mission- and safety-critical military, aerospace, industrial, and commercial applications worldwide.

Rugged, high-performance electronics hardware from Crystal Group, equipped with the latest commercial technologies and designed to withstand the rigors of battle and severe conditions in all operational environments, can go a long way toward helping achieve current and future military goals. 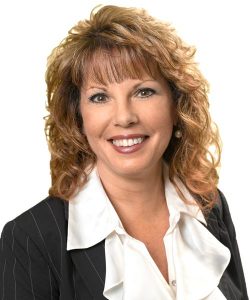 Kimberly Carter-Clark joined the Crystal Group sales team in 2006.  Carrying out various roles as team lead, business development and program manager, she is one of Crystal Group’s most tenured sales professionals.

Kimberly currently manages key customer relationships including Lockheed Martin, and DRS.  U.S. Army programs and offices supported by Kimberly include Prophet, EMARSS, and PM SAI.  She has U.S. military focused experience on a personal level as well, including being born on Holloman Air Force Base and a proud mother of an Army Drill Sergeant.

Kimberly is an Iowa native with three children, nine grandchildren, and is a third degree blackbelt in Taekwando.