The Autonomous Vehicle Computer: Lives Depend on It 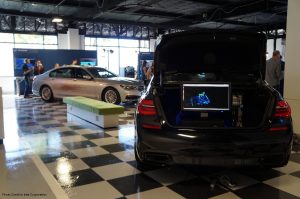 Autonomous vehicles – from commercial driverless cars to military unmanned vehicles, and everything in between – require computers capable of working flawlessly in all environments they will encounter. Most if not all of these environments are inhospitable to traditional computers and electronics, and require rugged solutions.

Self-driving cars and their onboard computer and electronic systems are likely to face extreme shock and vibration, temperature highs and lows, and a wide variety of harmful elements, including dust, dirt, humidity, fog, rain, snow, and ice – just from every day use. Autonomous military vehicles typically confront even more extreme environments, ranging from high altitudes to deep water.