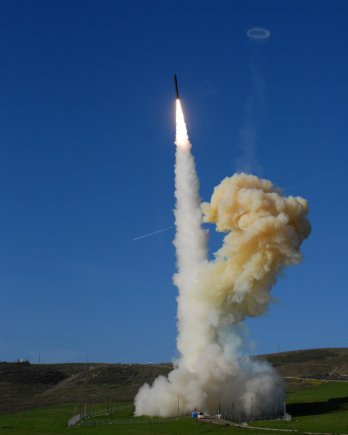 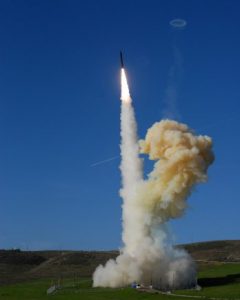 Air and missile defense modernization is a top priority for the U.S. military. It was a particularly hot topic at the Association of the U.S. Army (AUSA) Annual Meeting, where the focus was on ensuring military forces are “Ready Today, More Lethal Tomorrow.”

Military officials across the U.S. Department of Defense are actively focused on improving current air and missile defense systems to enhance capabilities, effectiveness, and range, while simultaneously working to achieve a fully integrated, layered missile defense strategy in preparation for future fights.

Investments in missile defense are poised to reach all-time highs, in response to growing global threats. Defending the nation against missile attack has been a priority for more than four decades in the U.S., which has invested hundreds of billions of dollars in missile defense since President Reagan launched the Strategic Defense Initiative (SDI) in March 1983.

The SDI signaled the start of the U.S. Missile Defense Agency (MDA), a research, development, and acquisition agency within the Department of Defense (DoD). In August 2018, the U.S. Senate passed a major appropriations bill that could bring funding for the MDA to a record $11.5 billion to support the MDA’s continued mission “to develop, test, and field an integrated, layered, ballistic missile defense system (BMDS) to defend the United States, its deployed forces, allies, and friends against all ranges of enemy ballistic missiles in all phases of flight.”

Shooting down intercontinental ballistic missiles (ICBMs) en route to a target is no menial feat, despite unprecedented spending and accelerated technology development schedules. “An ICBM can travel at extremely high speeds — at times more than 15,000 miles per hour (mph), or almost 20 times the speed of sound. Kinetic energy interceptors can travel fast enough to create closing speeds exceeding 25,000 mph,” MDA officials explain. “The speeds, trajectories, and points of launch that must be considered always change. In missile defense, everything is about precision. The BMDS must not only work in terms of milliseconds, but the missiles and warheads the system is targeting have bull’s-eyes measured in centimeters.”

Major, multi-billion-dollar missile defense programs have faced significant challenges, and brought about valuable lessons learned. For example, small thrusters responsible for steering Ground-based Midcourse Defense (GMD) interceptors into the paths of enemy warheads posed a serious problem. One of four thrusters on a rocket interceptor shut down and veered off course during a flight test in January 2016. A review board determined that a component in the interceptor’s internal guidance module shook loose and fell onto the circuit board responsible for powering the thrusters, causing a short circuit.

The malfunction prompted MDA officials to call for and insist upon “improved manufacturing processes” in the production of systems and components, including printed circuit boards (PCBs). They also put a premium on reliability, “defined as the probability that a given item will perform its intended function with no failures for a given period of time under a given set of conditions,” NASA officials say.

The MDA’s budget request for fiscal year 2019 (FY2019) outlined the Agency’s intention to “continue the development, rigorous testing, and fielding of reliable, increasingly capable, and state-of-the-art defenses for the United States, our deployed forces, and the forces and territories of our allies and partners against current and projected missile threats.”

“We will continue to increase the reliability as well as the capability and capacity of fielded homeland and regional missile defense systems,” Lieutenant General Samuel A. Greaves, U.S. Air Force Director, Missile Defense Agency, said before the House Armed Services Committee Strategic Forces Subcommittee in April 2018. “We will continue to focus on increasing system reliability to build warfighter confidence by upgrading, improving, and sustaining deployed systems.”

Failures in the field and during testing can be costly, so government agencies are increasingly focused on avoiding them and encouraging technology companies throughout all tiers of the supply chain to help boost reliability. Defense prime contractors are proactively partnering with trusted suppliers of high-quality, zero-defect products designed, tested, and manufactured to withstand harsh operating conditions and even extreme environments. 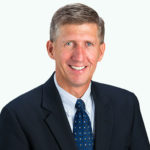 Bob Haag is the Vice President of Sales & Marketing at Crystal Group.  He joined the company in 2016, and is responsible for global business identification, capture and delivery.  Bob holds a Bachelor of Science and Masters of Science in Computer Engineering.